One of Bro Aaron’s deep burdens was the problem of apostasy in the church. He had grown up in a church that had traditions for which there was no Bible basis or even contradicted Bible principle and he was willing to take his stand. But during his lifetime, Aaron realized his beloved conference of which he was a part was quickly acculturating, and becoming more and more like the society they lived among.

Aaron designed this illustration to highlight the ideal. He saw the church being separated unto God and holding an uncompromising standard of holiness. He also saw the world as becoming worse and worse as it drifted away from God. This would of necessity create an ever widening gulf between the church and the world.

Eventually this widening gap would culminate in eternity. The Church of Jesus Christ will not forever stay in this world, but will be caught up to meet the Lord in the air in the rapture. Sadly the world too will go into eternity too, but in the Lake of Fire. Aaron’s challenge to us is that we walk in holiness and separation unto Christ in time now, so we can be forever with the Lord in eternity. We should not be ashamed to be separate from this world, but grateful to be separated unto God, in thought and in practice. 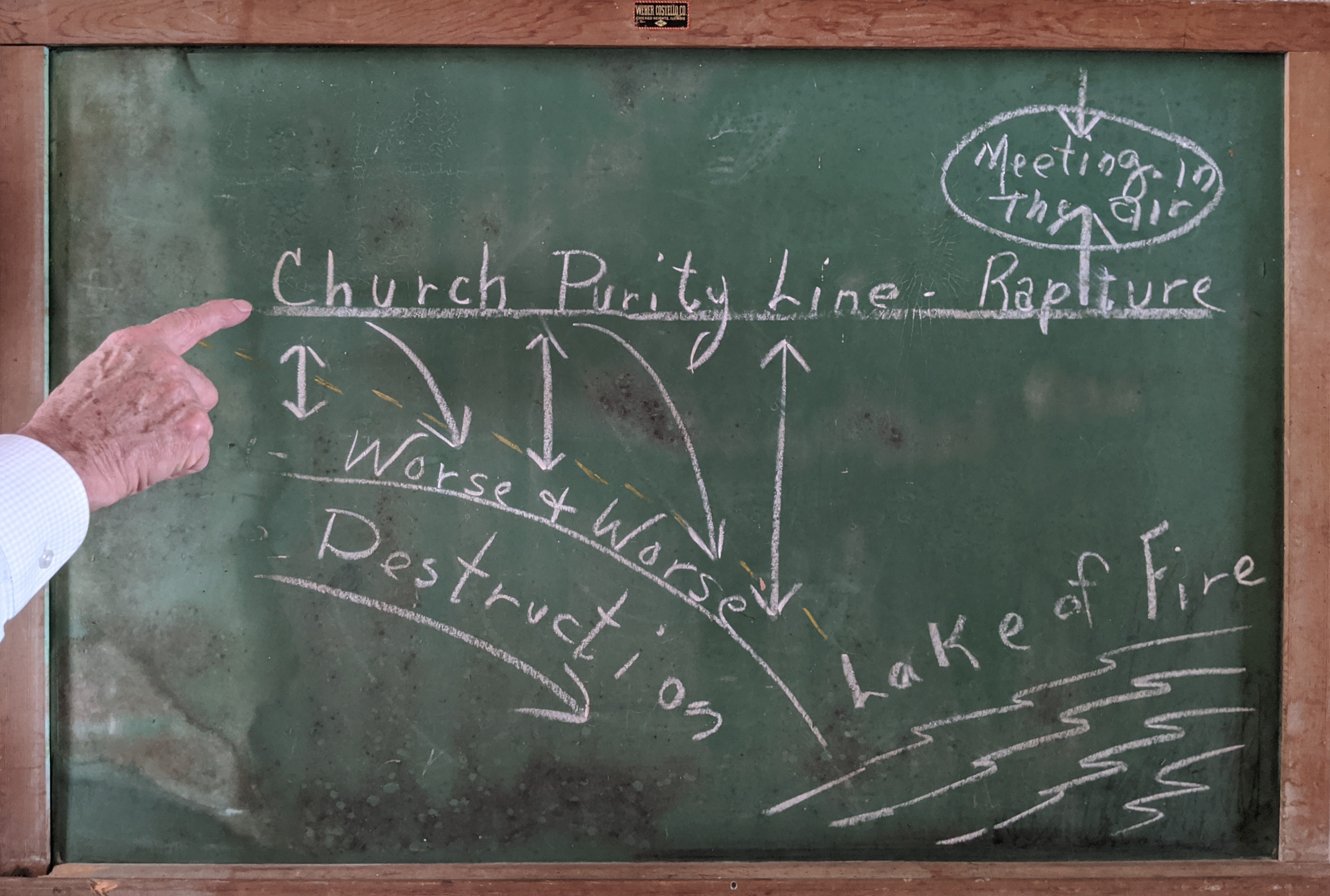